- The Rion VT-06 is designed for quality control applications in the manufacturing process of industrial products such as petrochemicals, paint, and adhesives, as well as foodstuffs.

- Viscosity measurements covering a wide range are possible, such as gear oil used in construction machinery.

- Measurement is performed by simply submerging a rotor in the fluid.

- The resistance to rotor movement casued by the viscosity (torque) is measured to obtain direct readings.

this handheld viscometer is delivered with spindles R1, R2 and R3 and displays measurements in decipascal-second (dPa.s). 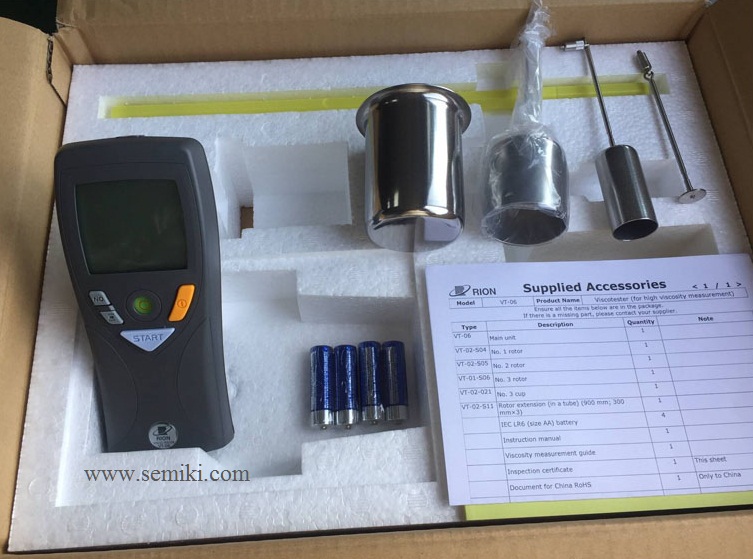 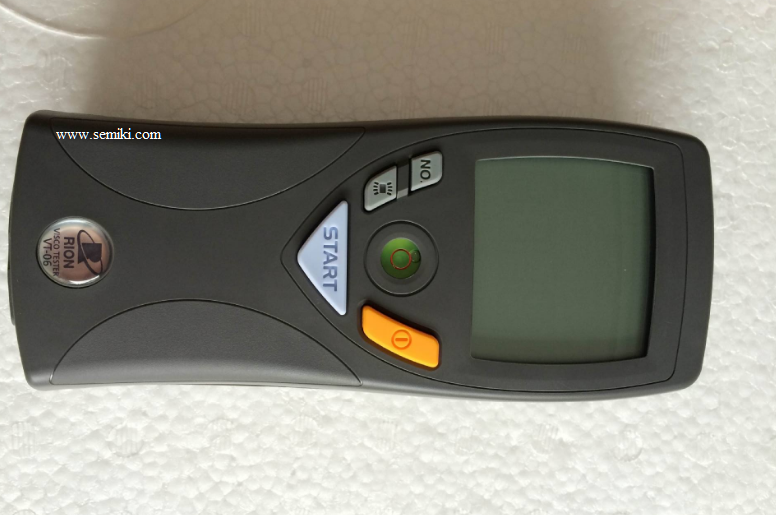 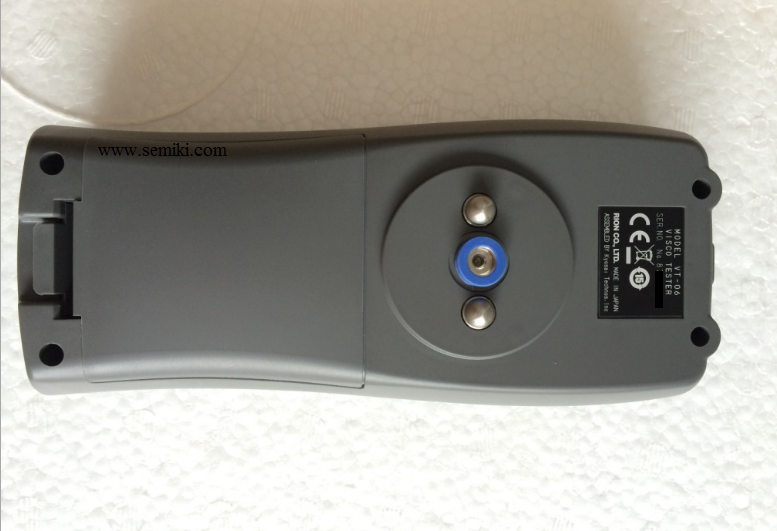 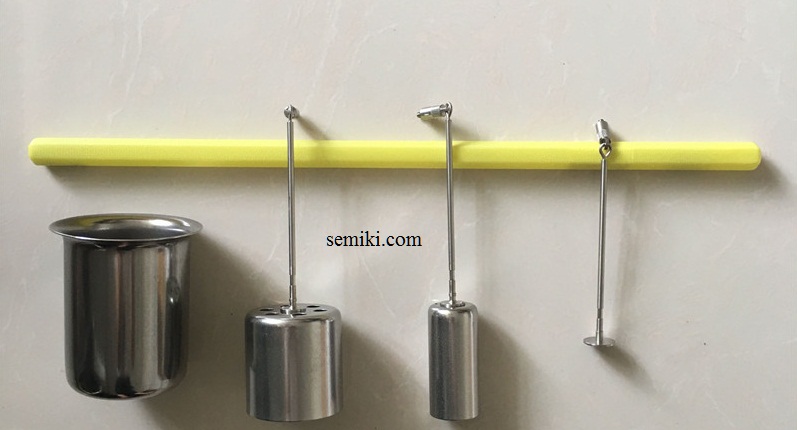 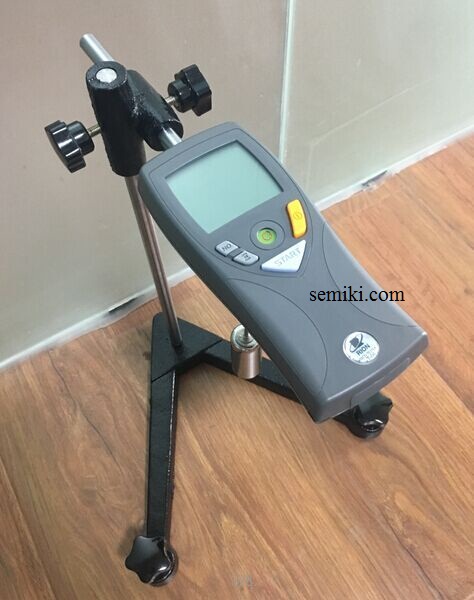 Viscosity measurements are important for determining thy physical properties and the fluidity of liquids.

For example, the viscosity is very important in the pumping of natural oil or chemical fluids through pipelines or the design of the piping systems of a plant.
Except for applications in the petrochemical industry, viscosity measurements are also frequently applied in many other industries.

At the stage of development and research and for quality assurance in production, viscosity measurements provide important information for improving the quality and performance of products.
Types of fluid A fluid is a liquid substance with a certain viscosity (viscous fluid). Viscosity can be demonstrated as follows:

When a cylindrical vessel is filled with water and rotates around its longitudinal axis,

the water initially remains stationary and due to friction at the wall of the vessel starts moving only with a delay.

After some time all the water in the vessel rotates with the vessel, as if both were a single solid body.

The cause for that is a force (the so called tangential stress) forming at the contact face between the water and the vessel wall acting in the direction of flow (motion).

Fluids in which this stress builds up have viscosity.

Photoresist fluids have been used in the electronics industry, e.g., the production of printed circuit boards, television tubes and LCD screens for several years.

The control of the viscosity of these resist fluids has shown to be very important for improving productivity and quality.

Experts in these industries are convinced that the optimization of the viscosity helps save cost. Viscosity measurement is also common in food management.

~DOING OUR BEST FOR YOU~